Veterans have a special place in attorney Greg Garland’s heart. A veteran himself, Mr. Garland served as a Lieutenant in the U.S. Air Force as an Air Intelligence Officer for the 56th Special Operations Wing, the last unit to suffer casualties in the Vietnam War. In addition, Mr. Garland’s father won two purple hearts and a bronze star for valor in combat in Northern France in World War II and his grandfather served in the Spanish-American War. Attorney Greg Garland has immense appreciation for the service of military veterans and takes great pride in representing the victims of medical negligence at Veterans Affairs (VA) hospitals. 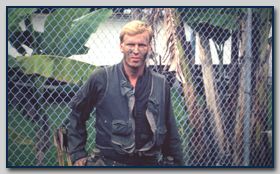 After years of service to their country, America’s military veterans deserve the very best medical care. Unfortunately, due to the budget restraints imposed on VA hospitals by our federal government, veterans do not always get the quality healthcare they need. While medical errors occur at hospitals across the United States, government cutbacks make medical malpractice an even greater concern for our veterans.

Veterans attorney Greg Garland will fight to get military veterans the compensation they are legally entitled to after being injured as a result of medical malpractice. Cases brought against VA hospitals are handled by the Federal Court system, and can ultimately help all veterans enjoy improved healthcare by raising awareness about this problem.

It is time for our country to give its servicemen the respect they have courageously earned and undoubtedly deserve. Our veterans should not have to suffer from the unnecessary physical, emotional, and financial burdens caused by medical malpractice injuries. If you are a military veteran who has been injured at a VA hospital, contact dedicated attorney Greg Garland today.